5 Oldest Towns in Ireland and Britain

The UK is rich in history, but the following towns have the most to offer individuals who enjoy cultures and the past.

Although it is difficult to pinpoint the exact dates of the oldest continuously inhabited urban communities, these towns in Northern Ireland and England have strong factual evidence of long-term population. 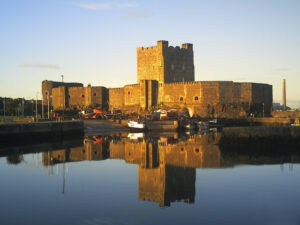 According to a study on the town’s history written in 1909 by Samuel McSkimin, the earliest stories of Carrickfergus are mostly limited to folklore. According to a source he cites, the region was occupied by Celts from northern Britain some three centuries before Christ was born.

The text also notes that John de Courcy, an Anglo-Norman knight’s invasion in 1167, was when the town became wholly established. Later, he constructed a castle, one of Ireland’s best-preserved Norman structures. The population was estimated to be approximately 27,000, according to the 2001 Census. 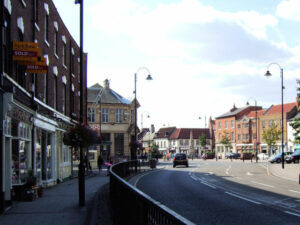 The foundation charter of the town’s abbey goes back to 1070; however, A History of the County of York claims that a monk named Benedict from France is thought to have arrived in Selby after receiving instructions in a dream. A plot of land was given to the abbey by William the Conqueror, and Selby Abbey’s archives contain more than 80 charters, confirmations, and other royal acts.

According to the town council, Selby was a flourishing sea access route by the 18th century, with more than 360,000 tonnes of shipping passing through the river each year.

Heavy industry is less common now than when the town was a major shipbuilding and industrial coal mining center. 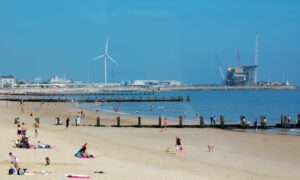 The name of this town in the East of England, derived from Hlothver and the suffix toft, which means homestead, dates back to the Viking era. It is referred to as Lothu Wistoft and is listed as a village of 20 families in the Domesday Book of 1086.

The Great Plague of 1349 killed around 90% of the population, although the town rebounded in the later Middle Ages.

In 1831, a harbor was built, and the population has since risen to almost 60,000. Tourists are drawn to Lowestoft’s coastline, museums, and nautical heritage. 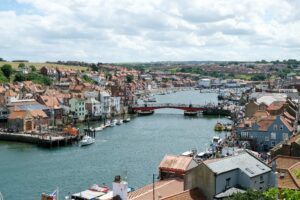 According to data from British History Online, the town was first known as Witebi in the 12th century and then Whitebi a century later.

The town was occupied during the Saxon era, but it wasn’t until Oswy, King of Northumberland, constructed the Abbey in 657 that the town started to take shape. The Abbey was abandoned at the Monasteries Dissolution.

The town, which served as the setting for Bram Stoker’s Gothic book Dracula, now organizes the annual Goth Weekend. 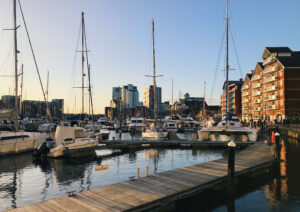 Gippeswic, an Old English word from the first half of the sixth century, is where Ipswich gets its name. Colchester’s claim to be the oldest documented town in Britain was contested by the town council in 2013.

The Romans occupied the town earlier, but it may now be the earliest Anglo-Saxon settlement. At Castle Hill, there was the biggest villa of the time.

The old town was built around a port from which it traded with modern-day German cities and villages.