In Scotland, there is an encouraging trend where people are attempting to strike their own balance between upholding their vibrant communities and safeguarding their local environment. Scotland is known for having a high-quality environment, and the government understands how important it is to protect what they currently have.

Preserving and Improving Their Natural Resources

To safeguard wildlife, biodiversity, and natural ecosystems is a legal obligation for all public entities in Scotland under Article 29. The Scottish Biodiversity Strategy unites the efforts in order to accomplish broader action on biodiversity. It is put together by local governments and partnerships, coordinated with this national approach. Additionally, the partners offer guidance to ensure that the government offers the best assistance possible, for instance through the SRDP, which includes grants designed to encourage land management techniques that support a variety of significant habitats and species.

The Scottish Highlands being rewilded 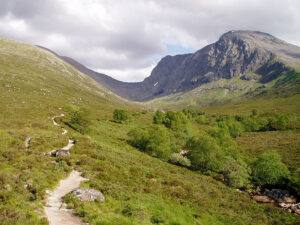 One of Scotland’s largest-scale rewilding initiatives is the Affric Highlands initiative. This 30-year initiative will build a connected habitat spanning more than 200,000 hectares of land. In order to maintain natural areas for wildlife to flourish, it is important to plant trees, strengthen river corridors, and repair peat bogs.

They are planting native trees to help natural regeneration reconnect the scattered pieces of forest that still exist in these glens where there is no longer a local seed source. Planting montane tree species from seeds and reintroducing them to mountainous regions where natural regeneration is impossible. 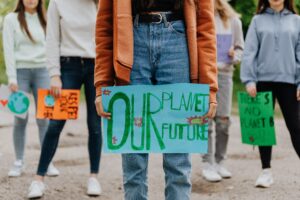 In Scotland, there are enormous opportunities to preserve and increase the substantial store of carbon in our soils and vegetation in addition to locking up carbon in forests.

Around 3 billion tonnes of carbon are present in Scottish soil, of which 1.6 billion tonnes are found in peatlands. This shows that carbon makes up the majority of the soil in the UK. The Scottish Government is consulting with stakeholders to determine how it might be incorporated into emissions reporting for the Net Scottish Emissions Account. The United Nations Framework Convention on Climate Change has accepted in principle to incorporate the emissions and sequestration of carbon both from degraded and regained peatlands in the international greenhouse gas emissions reporting structure. In order to encourage the maintenance of high carbon soils in ways that lessen climate change, the government is also collaborating with relevant parties, both public and commercial.

It is hardly surprising that populations in the Hebrides depend on the sea for their livelihood given their proximity to the water. What if improper processing techniques had left some resources untapped? And what if those underutilized resources might be put to use to raise standards of living across the archipelago? The Outer Hebrides Local Energy Hub (OHLEH) project aims to address this issue.

The procedure begins when local household and garden garbage from the community is mixed with organic waste from the Isle of Lewis processing facility of SSC in an anaerobic digester at the CnES Household Waste and Recycling Center. This biodegradable material is broken down by microorganisms, creating a natural biogas that powers a combined heat and power plant, which in turn fuels an electrolyser that powers the hatchery at SSC and the hydrogen-powered bin truck at CnES.

Daniyal
← Previous Story Show gratitude to the earth this Thanksgiving