Costa Rica is beating everyone in renewable energy What many countries have been trying, and failing, to do for decades, Costa Rica has managed to pull off. The Central American country has successfully gone more than two months on completely renewable energy. 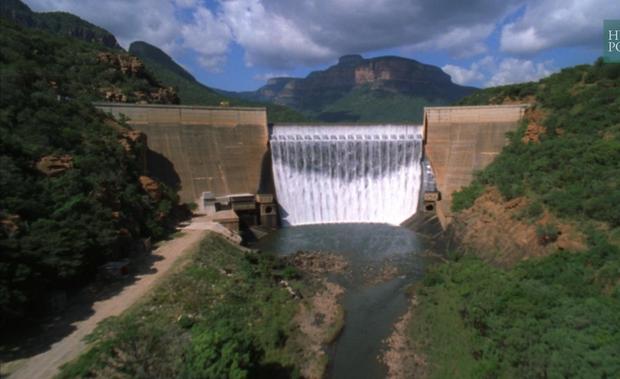 For nearly 300 days in 2015 and 150 days so far this year, Costa Rica has powered itself without burning any fossil fuels. While their cars are the exception, still running on gasoline and diesel, the countries success with alternative energy has shown the rest of the world that life without fossil fuels is possible.

When renewable energy is mentioned, windmills and solar panels generally come to mind. However, Costa Rica is primarily utilizing a more reliable source that’s been around for more than a century, hydroelectric dams.

Hydroelectric energy is created by turbines that are located inside of the dams. Made up of metal coils and magnets, water passes through them, spinning the magnets around the coils and converting that energy into electricity. This hydroelectric technology accounts for more than 75% of Costa Rica’s alternative energy program with the other 25% comprising of Geothermal, Thermal, Wind and Biomass technologies.

While the entire world should give Costa Rica a pat on the back for their progress in renewable energy, their ground-breaking victory should be taken with a grain of salt. For starters, they have had an unnaturally high amount of rainfall this season, and more water equals more energy. They would not have likely been able to reach this goal at the standard level of precipitation.

Secondly, one of the biggest reasons Costa Rica was able to power itself with 100% renewable energy for so long, is due to the fact that the entire country is less then half the size of U.S. state of Tennessee. At 51,000 square km and a population of 4.8 million, their renewable energy program is a game-changer, but only on a small scale.

This is why more countries haven’t followed in suit yet. Costa Rica’s example just isn’t practical for larger countries. In order to build enough dams to power the entire United States, the entire ecosystem would be knocked out of balance. Both humans and species alike would be uprooted across the country and many species would likely go extinct. There just isn’t enough natural resources for sustainable energy to completely take over with current technology.