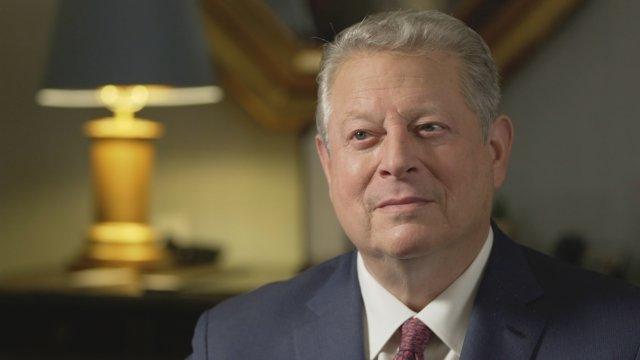 Former Vice President Al Gore discusses his new movie An Inconvenient Sequel: Truth to Power, and the general state of climate change and renewable energy worldwide. He assures us that, despite President Trump’s withdrawal from the Paris Climate Accords, the fight to end global warming and the switch to renewable energy is still going strong. Business trends are moving to reduce the cost of renewable energy, and the batteries to store that energy. The former VP says that the realities of climate change are becoming so apparent that the deniers cannot ignore them for much longer. Solar and wind-turbine jobs are quickly growing, and retrofitting buildings to utilize renewable energies means millions of new jobs all over the country that cannot be outsourced. Gore says that the movement to address climate change is not futile. The people need to speak up and get involved because they hold the ultimate power if they organize. He believes, as many do, that the climate issue should be removed from partisan politics. This interview is encouraging to those who believe what climate scientists are saying, and  the Former Vice President shares a hopeful message for the state of the climate worldwide. An Inconvenient Sequel is in select theaters July 28th, and nationwide August 4th.